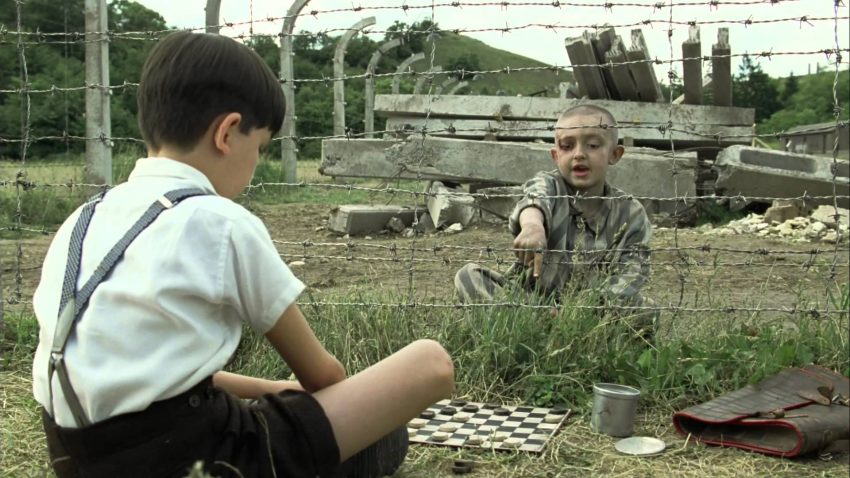 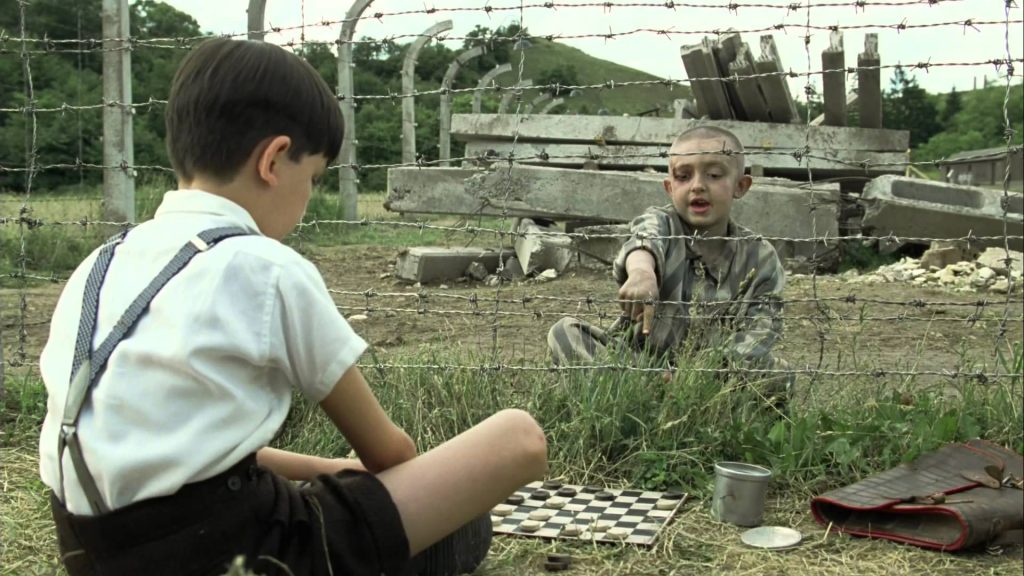 Before I began my review, I thought it would be nice to quote this bit of conversation between two young boys that neatly portrays the innocence in each of them irrespective of their differences that you will come across later in the review.

Is The boy in the striped pyjamas a heart touching story? Dear Lord, No. It is a heart ‘breaking’ one. The story perfectly portrays the nazi Germany under Hitler’s rule. But don’t get me wrong – this story is no “boom boom, crash, bang, the end”. On the contrary, it is quite a silent and deep movie which centres around a young boy of nine years, Bruno, whose father is an important military officer working for The Fuhrer in the second world war-time Germany. The story starts with his father being promoted to an important position and transferred to a different location. The boy has to leave his pleasant home and go to the new place along with his family, which changes his life forever.

Bruno prides himself an explorer, and, during one of his explorations, he comes across the fences of a concentration camp, on the other side of which he meets Schmuel. Schmuel, a boy of the same age as Bruno, is a prisoner in the camp along with his family. They become friends soon and the movie twists and turns through the story of the young boys’ interaction with the completely alien and cruel world around him. The movie pictures the friendship between the prisoner boy, who was an “undesirable” jew and the German, who was supposed to be racially superior during those times. They appear to have striking similarities despite their racial differences. However, Schmuel is a more worldly-wise fellow owing to his hard life in the camp.

The children’s innocence is so beautifully portrayed that none of the scenes fail to strike a chord of sorrow, sympathy or pity in the viewer. The inability of the boys to understand the horrible world around him is perfectly drawn using the most sincere of dialogues. To quote a dialogue from when Bruno talks about a Jewish doctor who is a nazi prisoner and was now appointed as their cook and servant:
“It’s funny how grown-ups can’t make their minds up about what they want to do.
It’s like Pavel. He used to be a doctor but gave it all up to peel potatoes.”

The life inside the camp seems so strange to the little boy. There is a black smoke that rises from the chimneys of the camp every week which intrigues him. No one would tell him about it and he was forbidden from going there. And when one day, when Schmuel can’t find his father anywhere inside the camp, Bruno decides to help out. He wears the striped pyjamas, the dress of the prisoners and sneaks into the camp.

The Boy in the striped pyjamas is one helluva good movie. It takes your heart, churns it out, crushes it and breaks it. All of the characters, be it Bruno’s loving mother, his ambitious father, his teenage sister Gretel, the harsh young officer, or the others, add to the beauty of the story. And after watching this movie, if you still don’t have tears in yours eyes, you are one hard person!