‘You are the chosen one!’ . How often have we come across this particular line? Its an old trick which almost always seems to deliver a good outcome, like protagonist in the movie, it works wonders. We know that its gonna be always a happy ending in the movie. Well to be honest, some we can guess from the beginning, while some other flicks keeps us wondering when that ‘all is good and well’ ending scene is going to come. Don’t get me wrong, I have never ever doubted these various ‘ones’ , their capability to turn the tide and create a positive outcome, its something that they’re born to do, heck that the reason why they are the chosen ones in the first place! In this compilation(in no particular order) we’ll see 5 movies in which the crux revolves around some random guy who becomes the one. And nope, The One(2001) is not gonna be in this list. (Seriously, dont watch it, its b-a-d! ). Here is our list of top chosen ones in movies. Without further ado lets jump into it… 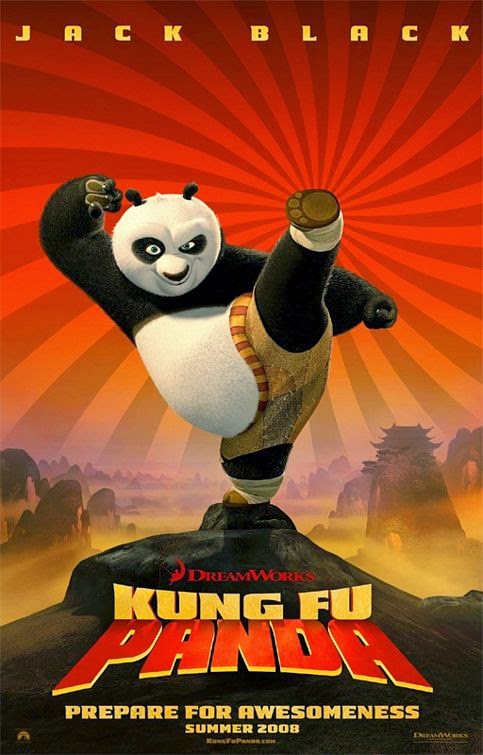 Kung Fu Panda was released in 2008. And we have ourselves a panda donning the role of the chosen one, no surprises there. Po the panda is an ardent follower of Kung Fu. Fantasizing about fighting alongside the furious Five – Tigress, Monkey ,Viper ,Crane and Mantis. What he actually does is work at his father’s noodle restaurant, who by the way is a goose. The five are trained by a red panda – Shifu. Now Master Oogway, a tortoise who is the mentor of Master Shifu, identifies Po as the chosen one, astonishing Shifu and the Furious Five. The Chosen one,or the Dragon Warrior will be worthy of the Dragon Scroll. The scroll is said to hold some great secret which will grant the chosen person limitless power. Then there’s Tai Lung a snow leopard who was trained by Shifu. Everyone believed that Tai Lung was the Dragon Warrior. But Oogway felt otherwise. He felt that Tai Lung wasn’t wothy of the scroll. Obviosuly the guy got pissed off and went on a rampage, which led to his imprisonment. We have all the prerequisites for a “Chosen One” movie. Ordinary guy (a panda in this case), a great secret which will give great power and a bad guy who is in the fray for the same prize and a happy ending. Dont let the poster or the title mislead you , this might look like an animated comedy, which it is. But it’s also got some very good lines and some great action scenes. Po finally discovers who he is meant to be,fights and defeats Tai Lung   (who breaks out of prison).
The end!
Oh wait, there’s a sequel.It just picks up where this one ends, with a bit of back-story into Po’s past.

I’ll have to create a new blog if I am to tell the whole story, it’s implied meanings and what my perception is about the movie. Still I’ll try to keep it simple and short. The machines take over and they imprison humans to harvest their energy. The last group of survivors live in Zion, an underground city. The minds of the captured survivors are fed with the Matrix. Essentially it is a program intended to keep the captors docile and in control while the machines continuously harvest them. The machines and the people of Zion constantly clash against one another and the machines always have the upper hand. But Neo is the one, who will bring peace, an end to all the fighting. He is a normal guy in the matrix who is offered a choice to wake up into the real world or continue there. He chooses to wake up. Mastering various martial arts, fighting techniques and other stuff he soon gets trained by Morpheus on how to manipulate the matrix to his will. By the end of the movie he has improved so much that he possesses the same skills as those of the Agents. The story continues in Matrix Reloaded and Matrix Revolutions.

Harry Potter – The Boy who lived.

The Books were better, yes , I agree. But come on! There’s no denying that Harry deserves to be on this list.
And we all grew up with Harry Potter. I am not gonna deny him a place on this list.
Lets just do the Chosen One Check, shall we? 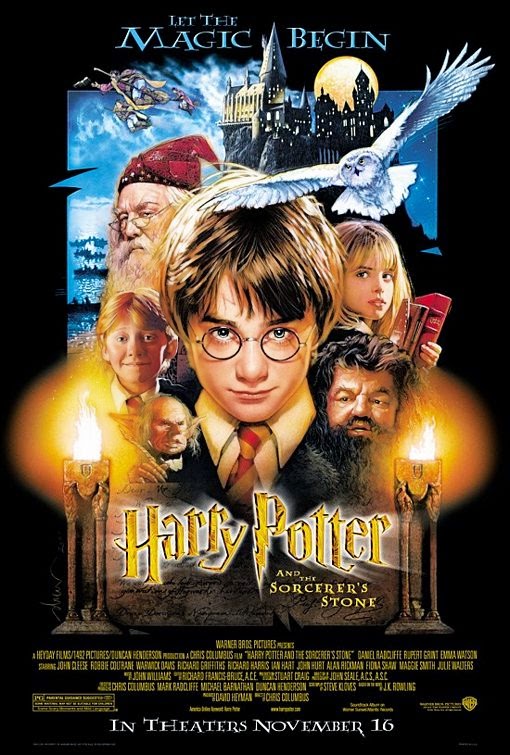 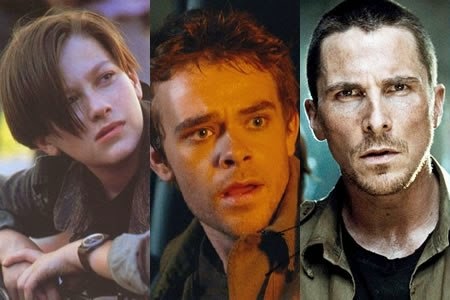 This guy, is according to me , the most complex of all the Chosen Ones. It is his actions in the future which makes him the chosen one in the past. Or is it the other way around ? Hmm…it always is tricky when it comes down to time travel. John Connor is the leader of the human resistance after Skynet takes over the world and nukes it. Here’s the fun part and the whole reason why Terminator Movies had to occur – to ensure that Connor doesn’t pose a threat to skynet in the future they decide to kill him in the past by terminating Sarah Connor, his mother, in the past. And they send good old Schwarzenegger to do the job – Terminator(1984) . So Connor upon hearing this sends this buddy Kyle into the past to terminate the Terminator. Kyle and Sarah end up together and make a baby, yup, John Connor. So in a way we can say that Skynet created a looping state wherein John Connor is the leader of the resistance because he simply is the leader of the resistance. Skynet while certainly being smart enough to take over the world, didn’t see this baby coming.AI or not, you dont mess with the temporal paradox.

Frodo Baggins – The Lord of the Rings. 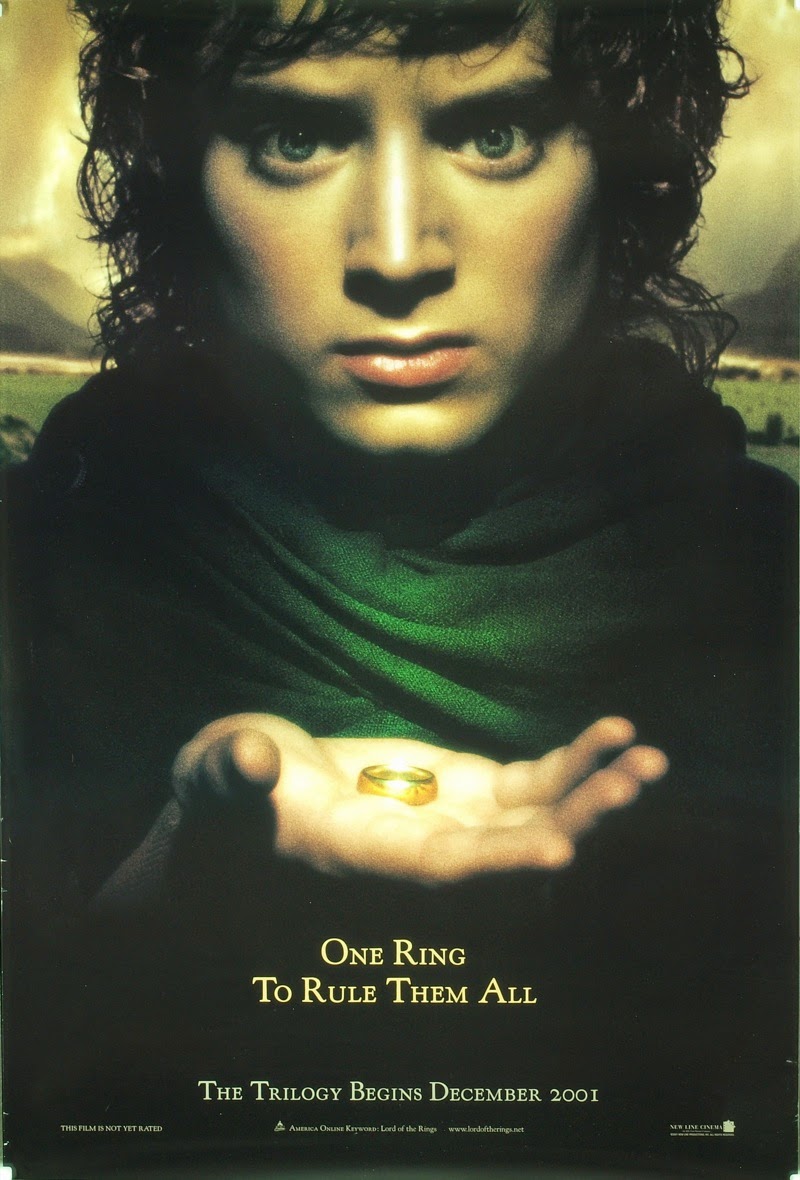 The greatest mission in the history of middle earth was  assigned to Frodo Baggins a hobbit of The Shire. He was chosen as the Ring Bearer by the Council of Elrond. The one who shall carry upon him the burden of the One Ring. To take it into the fires of Mount Doom and destroy it forever. A fellowship was made to make the journey to Mount Doom and to help Frodo along the way. And he did it, though he was help by Sam and Gollum in the end (if you know what I mean). The ring was always trying to corrupt him, fill his mind with darkness and evil. Frodo suffered a lot, but in the endured and prevailed. Finally he traveled onto the Undying Lands.
These are the The Top 5 Chosen Ones in movies. This is just my opinion, if you feel otherwise or that I have misses/neglected some ‘Chosen Ones’, then please do comment about the same!
That’s all folks, have a nice day!